But a friend came to visit this week and after she left, she emailed me and said that despite having 8 kids, my house is so peaceful and has a calming influence, and she didn't want to leave, and her kids prayed the next day that they were so grateful to have been able to come to our house.

I had been feeling like such a failure for my housekeeping "skills" (hahaha). But, given the choice, I'd rather be praised for having created a calming, loving sanctuary where people feel safe and loved and rejuvenated and don't want to leave because of how they feel when they are here than being praised for having a "lovely home."

As wonderful as pretty spaces are, safe spaces and heart-lifting spaces are so much more valuable.

Perhaps I am not such a failure at houses after all.
Posted by Becca Jones at 2:56 PM 0 comments

Jack, running in his new socks, came sliding up to me, "I'm so fast! I'm the gingerbread man!"

Me: "You also smell poopy. Are you a poopy gingerbread man?"

Jack: "No! Gingerbread men can't be poopy. They don't have a bum!"
Posted by Becca Jones at 2:45 PM 0 comments

I was reading the computer today when Jack walked up next to me and said, "Can I bang the computer?" I, thinking he meant with his bare hand or a little toy, absently said, "Sure."

Then I looked up. Just in time, as he had a HAMMER in his hands!

Redirected him to the couch to do his banging there.

Note to me: Always look at a kid before you agree to let them do something.
Posted by Becca Jones at 2:42 PM 0 comments

Jack: "Mom, we have to go to the seminary store. Because that's where my birthday lives. We have to get in the car and drive there. Because I'm poopy. So I can't go."

Jack, after working hard to get his shark costume on, "I got my shark jacket on. Now I'm a dolphin! Dolphins have bums." And then he walked away.

Daniel has a palate expander in the roof of his mouth. It looks like this: 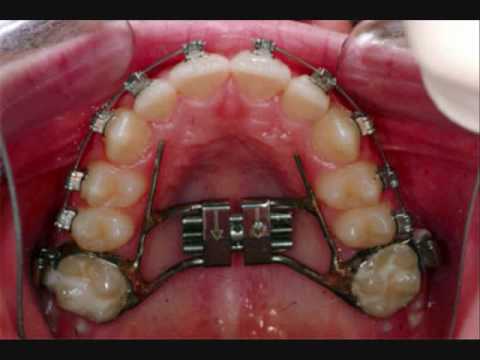 ------
Jack: "Mom, can we make these cakes?" (Holding a cake pan that has animal shapes in it)
Me: "Sure."
Jack, looking at the pan: "Giraffses are soft. But lions are scary scary scary! They could eat me eat me!"
Posted by Becca Jones at 1:26 AM 0 comments

Lots of passion involved from lots of people.

Lots of not getting to a decent conclusion from either side.

I think there are two problems.

1. There is a lot of stupid partisan politicking going on. Lots of people saying, "This is obvious" and "There _is_ no other solution."  That's just plain not helpful.  Lots of people rejecting each other's stats out of hand rather than thoughtful discussion.

2. Failure to define the problem.  The problem has been defined as "guns" when really we're talking about multiple problems and guns are a thread that runs through them. The solutions to "guns" is different depending on what the problem is.

Terrorism is one problem, and you'd not solve that by getting guns out of people's houses.

Suicide by firearm is another problem, and you can solve that by getting guns out of people's houses.

Mass shootings by insane people who get angry at society are yet another problem, and it appears that greater attention paid to ammunition stockpiling might help red-flag some of these people (but not all).

Inner-city gang violence is another problem, and there are great programs, like Ceasefire, that appear to work if they get enough funding.

Until we have more research about the actual causes and courses of action to deal with these problems, "guns" is not going to get fixed, as far as I can tell.  You have to deal with the overabundance of weapons in our society AND the whatever-it-is that convinces a person to shoot.

So I was going to write more but this guy did it for me, so go read this: http://www.meditations-on-life.com/american-politics/gun-control-arguments-pro-gun-control-vs-anti-gun-control/
Posted by Becca Jones at 10:04 PM 0 comments

So, I was helping Dan with math and tuned in to the other kids just in time to hear "adjusting the laws of physics..." come out of someone's mouth.

"What?" I said. "I tune out for just a minute and you're all adjusting the laws of physics on me?"

"Yes, I am adjusting the laws of physics," Caleb responded, "but in a controlled, fictional, nonexistent environment. You don't have to worry."

Am I relieved?
Posted by Becca Jones at 6:43 PM 0 comments